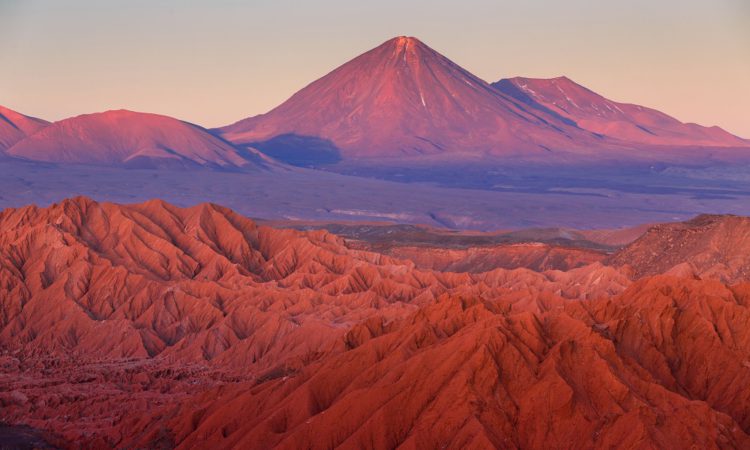 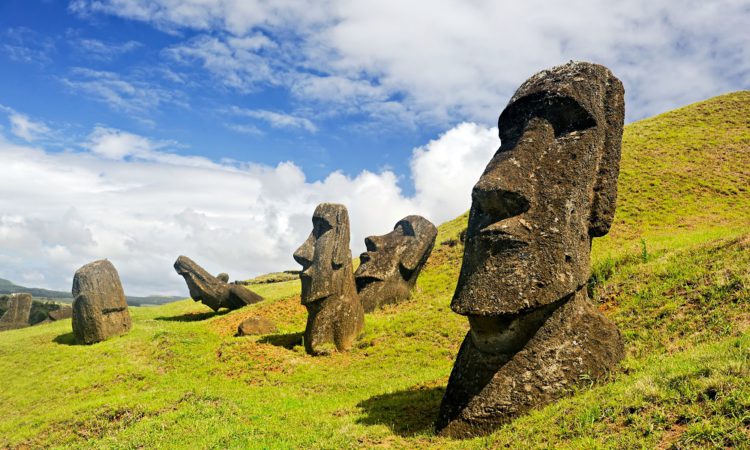 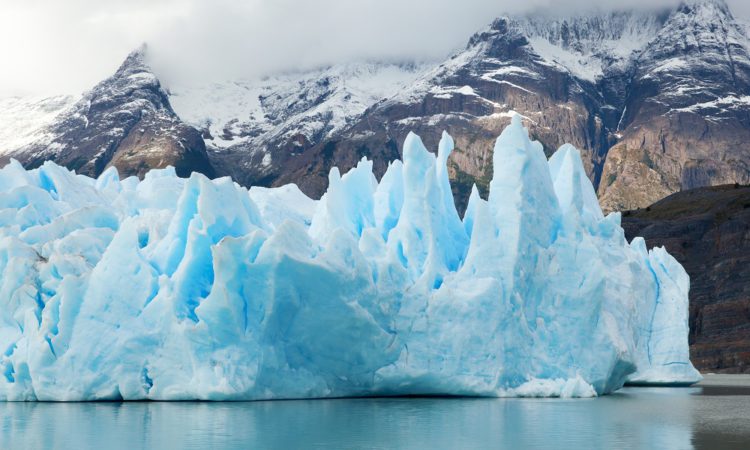 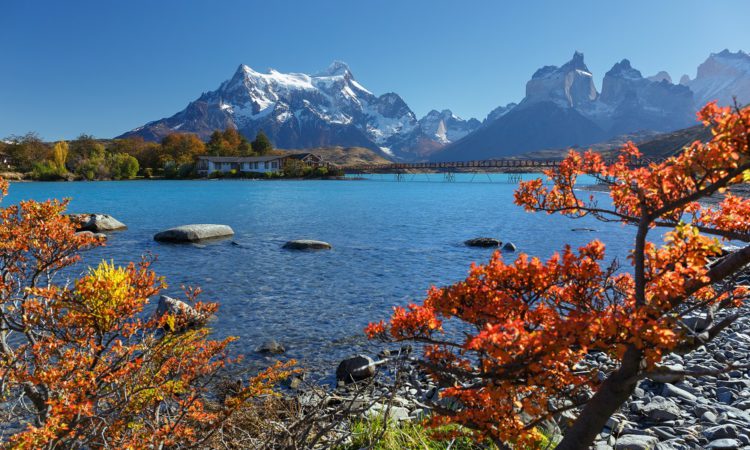 Squeezed between the Pacific Coast and the Andes, Chile is the longest and narrowest country on earth. Its ribbon shape makes an amusing weather forecast – the dry deserts in the north, lush vineyards, lakes and glaciers in its centre and down to the icy windswept wilds of Patagonia to the south. Easter Island is an outpost in the middle of the South Pacific Ocean, almost four thousand kilometres from the mainland.

The gateway capital is Santiago, the cultural, economic and political centre of the country. It is worth staying a few days to enjoy top-notch restaurants, world-class galleries, museums and welcoming locals. Just west of the capital is the colourful, port city Valparaíso, once home to the Chilean poet and Pablo Neruda. It is worth exploring the city on foot, rambling among the hills and taking the old funicular.

The Spanish introduced wine to Chile over 400 years ago and it has thrived ever since. Just south of Santiago, the Maipo Valley and Colchagua produces some of the finest wines in the world including Carmenère, once considered to be extinct. Learn about the fascinating history of Chile, tour the cellars, visit tastings, cycle the vineyards and as the grapes ripen between April and May help with the harvest.

In the far north is the Atacama Desert, the driest place on earth. Rainfall averages just fifteen millimetres a year and some areas get none at all. You would think that this inhospitable landscape would hold no life at all but some years rare showers carpets the desolate landscape with millions of colourful wild flowers. From San Pedro, wake early to see steaming geysers at El Tatio, or hike to a viewpoint in the Valle de la Luna to watch the magical sunset. Although not as large as their cousin in Bolivia, the Atacama Salt Flats won’t disappoint.

The Lake District south of Chile draws visitors in the summer months to use the scenic mountains, clear lakes and forests as an adventure playground: fishing for trout in the lakes, hiking the snow-capped mountains, rafting the rivers, soaking in the bubbling thermal springs or to explore the monkey-puzzle forests. The town of Puerto Montt marks the starting point of the Carretera Austral, a road that carves south through the pristine wilderness.

Located in the very south of Latin America, Chilean Patagonia is a stunning region layered with spectacular glaciers, mountains and magnificent fjords and is home to one of the country’s star attractions: Torres del Paine National Park. Among the finest parks on the continent, Torres del Paine is famous for its towering granite peaks that overlook sparkling lakes and is inhabited by wild pumas, guanacos and condors.

Further south in Patagonia and positioned along the southern edges of the continent, visitors will find Tierra del Fuego, an archipelago that crosses the Strait of Magellan and features Isla Grande, its main island known for its dramatic landscape of tundra, snowy mountains and wind-sculpted trees. Covering the southernmost tip of Latin America and crossing the Beagle Channel, Cape Horn is a rocky headland that was discovered in 1616 by Dutch navigators, Jakob Le Maire and Willem Schouten, and is only approachable by sea.

Rapa Nui (Easter Island) shares little in common with the mainland. Situated thousands of miles away in the remote South Pacific Ocean, the islanders are distinctly Polynesian. It’s known for the six hundred mysterious stone Moai figures which dot the treeless island, beacons of an enigmatic ancient civilization. The annual Tapati Rapa Nui festival in February is an extraordinary time to visit with plenty of traditional singing, dancing and ancestral games.

Food
Seafood is the pride and joy of Chilean cuisine. Almost every port on the Chilean coast has a small market or a row of seafood restaurants where excellent seafood can be found. For carnivores try cazuela de vacuno (meat stew with pumpkin, potato, coriander and a twist of lemon), asados or barbeques are also popular with families. Lunch is the main meal and often good value set lunches can be had in restaurants ask for the menu del dia. Breakfast tend to be continental-style rolls and jam.

Drink
Chilean wines are excellent and world renowned. Regarded as the Chilean national drink, pisco sour is a tangy, aperitif made from pisco (a white brandy, freshly squeezed lemon juice and sugar). It differs from the Peruvian version as no egg white makes it less foamy. Other delicious drinks are vaina, a mixture of brandy, egg and sugar and cola de mono, a mixture of aguardiente, coffee, milk and vanilla served very cold at Christmas. Coffee, in Chile, is usually instant, although it’s getting easier to find good, real coffee in the cities. Chilean beer is mainly bottled lager.

Festivals
Fiesta de la Piedra Santa: the ancient festival of the Holy Stone is celebrated every year on 20 January. The women dress in their traditional costumes, with colourful belts and silver jewellery. It continues through the night with singing, dancing, music and prayers. Easter Island has its ten day Tapati Festival in February. From June 12-17, the small town of La Tirana in the Atacama desert hosts the Festival of the Virgen del Carmen. Chile celebrates its independence by the Fiestas Patrias on September 18 with parades, traditional food, music, dance competitions and rodeos.

Sport
Much like South America as a whole, football is the sporting lifeblood of Chile and the three most powerful teams (Universidad de Chile, Colo Colo and Universidad Católica) are centred around Santiago each provoking fierce rivalry with each other. Tennis and basketball are also popular and some rugby is played around Santiago and fifth region mainly due to the existence of the traditional private 'English' schools.

When to go
The length of Chile means weather conditions vary greatly from north to south. The hottest months are December to March. The cooler months between June and September are perfect for the north. The Central region has a sunny Mediterranean-like climate; in July and August temperatures can drop to 10ºC. The Lake District enjoys a temperate climate similar to northern Europe but with heavy rainfall. The summer months of November to March are best for Patagonia. In Easter Island the rainy season is March to October (wettest in May).