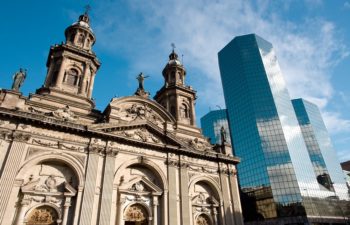 In the run up to the launch of the British Airways flights from London Heathrow to Santiago in January 2017, The Latin American Travel Association (LATA) has collated insider tips from the LATA members who specialise in travel to Santiago in Chile.

Here is LATA’s pick of exciting attractions not to miss:

WHERE TO HEAD FOR A DAY TRIP

For those looking to escape the city:

Valparaiso is a picturesque coastal city located approximately one hour and a half north east of Santiago, famous for its artistic community, steep funiculars and colourful, clifftop homes. The creative city is home to “La Sebastiana”, the quirky former residence of Chilean poet Pablo Neruda, now a museum featuring far-fetching views overlooking the Pacific Ocean.

The modern city of Viña del Mar stands in sharp contrast to Valparaiso with boulevards lined with palm trees, sprawling public beaches and beautiful expansive parks which have earned it the nickname ‘Ciudad Jardin’ (‘City Garden’). The modern coastal resort is a popular escape for Santaigo residents looking to escape the city, and offers a wealth of top of the range restaurants and bars.

Cajon Del Maipo, located south east of Santiago is a stunning canyon lined with greenery and rocky walls where Santiaguinos come to camp, hike, climb, cycle and raft.  The canyon is home to the El Morado Natural Monument, a mountain reserve with trails to the San Francisco Glacier and Laguna Morales, and a great place to catch a glimpse of an Andean condor. The canyon is also dotted with traditional restaurants, teahouses and a big winery where travellers can taste some of Chile’s famous local wines.

Valle Nevado is a ski resort located on the El Plomo foothills in the Andes Mountains, 46km to the east of Santiago. Known for its powder skiing and snowboarding with slopes for all levels of skiers and snowboarders, the resort is an ideal escape from the city, especially throughout the winter months. During the summer, Santiago’s surrounding ski resorts offer a chance to spend a day in the high Andes, horse-riding, hiking or simply enjoying the fresh mountain air and panoramic views

WHERE TO CATCH THE BEST VIEWS IN THE CITY

Santiago is full of spectacular views that overlook the city below:

1 – Cerro San Cristobal is Santiago’s biggest green space and has some of the best sweeping views overlooking the bustling city accessible by funicular from the Bellavista station, or a 45 minute uphill walk through the park. Visitors can also visit the National Zoo, the Jardin Botanico Mapulemi and a perfectly landscaped Jardin Japones (Japanese Garden). The most popular site however is the 22 metre-high white statue of the Virgin de la Inmaculada, an iconic structure, towering over the city below.

2- Cerro Santa Lucia is a distinguished park in the heart of Santiago which features a web of trails and steep stone stairs that lead up through terraces to the Torre Mirador where visitors can admire stunning panoramic views over the city.

3- Standing at a height of 300 metres, Sky Costanera is the tallest building in Latin America and has the most impressive 360 views of Santiago and the Andes Mountain Range framing the entire city. Open until 10pm, visitors can enjoy the views by day or night (from 5000 Chilean pesos per adult).

Being such a long country stretched over a variety of landscapes from icebergs in the south to dessert in the north, Chile boasts a vast range of food and drink, with multiple tasting opportunities in the Chilean capital of Santiago.

Santiago is a haven of markets selling local crafts as well as more modern shopping centres:

WHERE TO GO OUT

To enjoy a drink or two, head to: