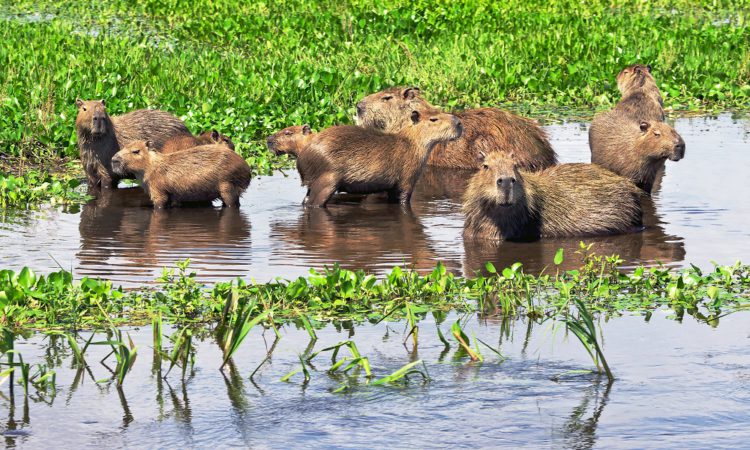 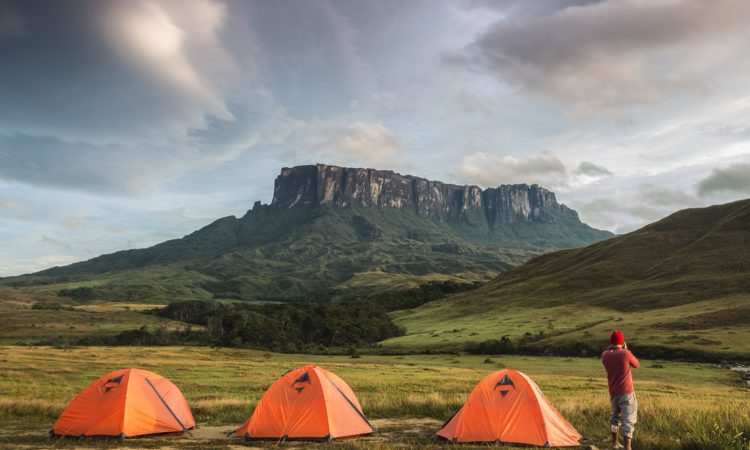 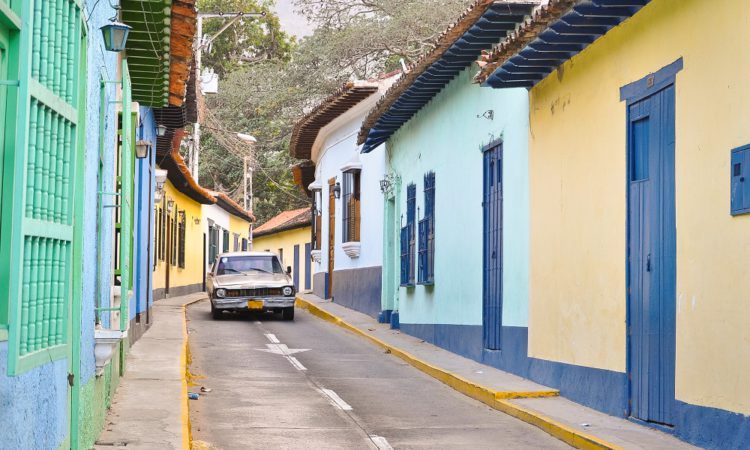 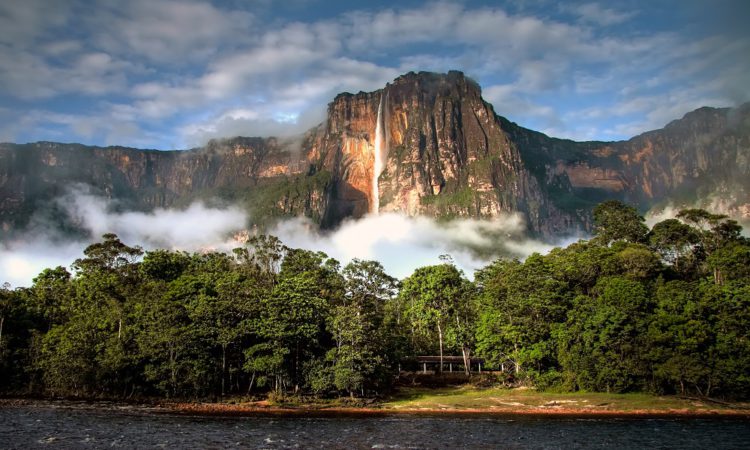 Venezuela is a land of great natural beauty. Few countries can boast majestic Andes Mountains, idyllic Caribbean coastline and the great rivers Amazon and Orinoco. Venezuela is a land of astonishing variety, ancient table-top mountains, waterfalls and vast grasslands. The diversity of wildlife species is one of the highest in the world. Yet a turbulent past and political and economic instability means visitors are few.  For those who venture, there are plenty of treats.

The capital Caracas is a vibrant city where lofty skyscrapers sit beside sprawling shanties. A few crumbling colonial facades remain. There are excellent museums; the food is some of the best in South America and the nightlife famous. Do consult your government website on safe areas to travel.

Outside of the capital almost half the country lies in national parks and reserves. The great Orinoco River separates the vast plains from the tabletop mountains of the Gran Sabana. This is one of the best wildlife destinations you can go. The plains are home to a staggering variety of flora and fauna, including the scarlet ibis, pumas and Orinoco crocodile.

At the heart of the country are Los Llanos or plains. Llaneros, like gauchos in Argentina, are herders by trade. During wet season they drive their cattle to higher grounds as the plains annual flood. You can stay at one of the hatos ranches and learn about their way of life, traditional food, dance and annual festivals.

Further west is the Andean town Mérida, the unofficial adventure capital of Venezuela. The clear sunny mountain skies are an attractive alternative to the humid south. It’s a focus for hiking, mountain biking, rafting and even paragliding.  Pull on your boots and march out onto the trails of the páramo highland pastures with wild flowers. Take the impressive cable car from the town to a viewpoint at almost 5,000 metres above sea level.

The final frontiers are the rainforest and savannas of the south east. A wild and untamed environment that has not changed much since The Spanish arrived in 1498. Columbus so overwhelmed by what he saw that he described it as ‘paradise on earth’. Angel Falls (the highest in the world) tumbles over a kilometre from the plateau to the rainforest floor. The journey by land and river to the base is still an adventure. To reach the top warrants a major expedition, or a plane. Roraima is the most well known of the Tepuis or table-topped mountains. It was the inspiration for Conan Doyle’s ‘Lost World’.

For a beach paradise visit Mochima National Park, where you can hire a boat and chug round the islands until you find a deserted cove. You can drop anchor and spend day padding across your own beach.  The ultimate is perhaps the Los Roques archipelago. These have miles of pristine white-sand beaches, coral lagoons surrounded by turquoise water.

Food
For a country whose capital boasts sophisticated culinary delights, Venezuela’s favourite food is a lump of fried maize flour about the size of a fist. Yes, the arepa is the ubiquitous fast food. The cheap and filling arepa is eaten by everyone, everywhere, and it seems, at every hour of the day. Arepas are sliced open and stuffed with just about anything imaginable. On the coast are excellent fish like pargo red snapper, crayfish and shellfish. At Christmas are hallacas, maize pancakes stuffed with chicken, pork, olives and boiled in a plantain leaf.

Drink
Venezuelan rum is very good, try Cacique, Pampero or Santa Teresa; the local beer is not bad either. Chicha de arroz is a sweet drink made of milk, rice starch, sugar and vanilla.

Festivals
Carnival: this popular festival takes place in February or March from the Friday before Ash Wednesday. It is celebrated with parades, music and dancing. Carúpano has one of the most famous carnivals and that of El Callao is also well known for its Caribbean influences. 5 July is Independence Day and 24 July is Bolivar’s birthday. For Christmas and New Year everything closes and transport can be a problem.

When to go
The dry season runs between November and April and is the best season for hiking and wildlife watching. Venezuela’s wet season is between May and October, although downpours are limited to a few hours in the afternoon. Venezuela is out of the Caribbean hurricane belt, so its northern coast enjoys almost dry weather year round. The best time for Los Llanos is just after the rains also an ideal time to visit Angel Falls as the water level is high.