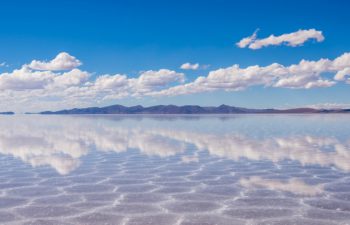 Latin America has the most diverse landscapes on earth. You can quickly travel from steamy tropical jungles, vast grassland steppes and barren deserts to soaring snowy peaks. For landscape photographers there’s nowhere quite like it. Here’s a taste of the most impressive. 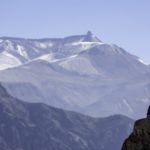 Colca Canyon is truly awe inspiring. Deeper than the Grand Canyon, this natural wonder was carved out over many millions of years by the Colca River. Best visited in the early morning, when giant Andean condors circle on the morning thermals, just a few metres away. Communities live in adobe dwellings along the edges, as they have done for centuries. 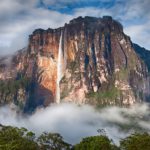 Like something from a Disney movie, the Angel Falls are highest free-fall waterfall in the world. Water from the Orinco River drops over the Auyantepui mountain and plunges almost a kilometre before hitting a series of cascades. The falls are in a magical jungle-clad location in Canima National Park. 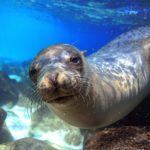 The Galapagos Islands need no introduction. The archipelago that inspired Charles Darwin’s theory of evolution is home to some of the most fascinating wildlife on the planet. Many of the creatures are only found here. They have evolved without fear of humans making close contact possible. Think snorkelling with playful sea lion pups and penguins on the tropics. The barren lava and red cinder make the scenery other-worldly. The marine life is as impressive dolphins, sharks, mantas and whales. 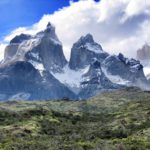 At the tail end of the Andes lies Torres del Paine, one of the most spectacular national parks in the world. Enormous ice-covered granite peaks tower over turquoise lakes while condors circle overhead, guanacos and pumas roam. Hiking routes through the national park are some of the finest in Latin America and include the famous W Trek. Take your choice of luxury hotels or hiking refuges, the views are all magnificent. 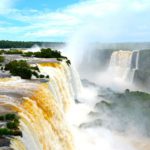 Named as one of the New Seven Wonders of the World, these mighty falls won’t disappoint. A colossal amount of water plunges over a rocky plateau and countless cascades. Around the falls are subtropical rain forest teeming with exotic birds and butterflies. At the Devil’s Throat walkway, you can feel the spray on your face. If feeling adventurous take a boat ride to the even wetter base of the falls. 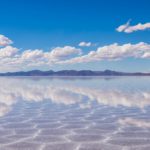 Uyuni is the largest Salt Flat in the world, at over twelve thousand square kilometres. The endless expanse of white is best explored by 4×4. Be sure to visit Isle del Pescado, an island that pokes out from the salt and covered with giant cactus. Other nearby wonders include geysers, the Siloli Desert and garish coloured altiplano lakes. Take a good pair of sun glasses to avoid the glare. 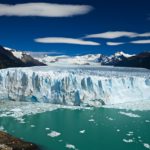 The Perito Moreno Glacier in Patagonia is one of the most popular natural wonders. If you are lucky you may catch an awesome spectacle as huge blocks of ice calve off and crash into the lake. Found in Los Glaciares National Park there are trails to explore and hike. The young and fit you can walk on the ice with crampons, less challenging is a boat ride to get up close to the wall of ice. 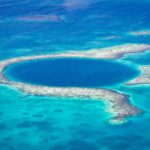 The Great Blue Hole is the largest underwater sinkhole on earth. Located off the coast of Belize, it measures up at almost 300 metres wide and 125 metres deep. The reefs and underwater caves teem with reef-sharks, angel fish, parrotfish, grouper and turtles. The Blue Hole and nearby reef are the perfect place for snorkelers and scuba divers. 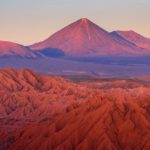 The Atacama Desert in Chile’s far north is the driest non-polar desert on earth. Though arid and barren, every five to seven years it rains then it blooms myriad wild flowers. Geothermal activity creates one of the continent’s largest geyser fields and hot springs at El Tatio. The desert merges over to Peru and Bolivia. Unique wildlife can occur in the high altitude lagoons, such as three kinds of flamingos. The stars at night are like nowhere else.