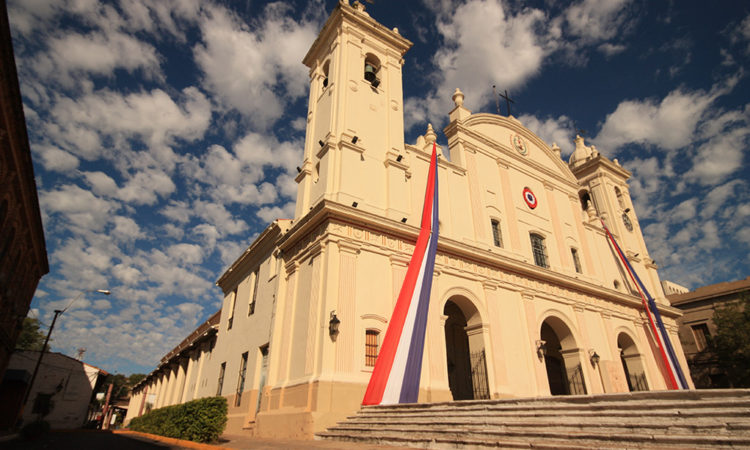 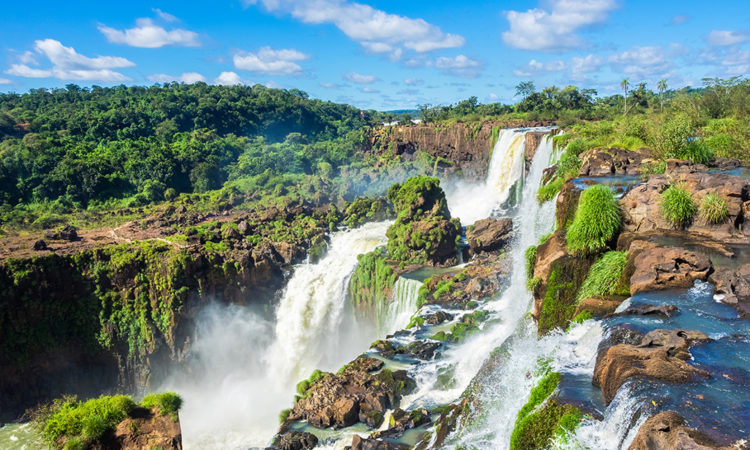 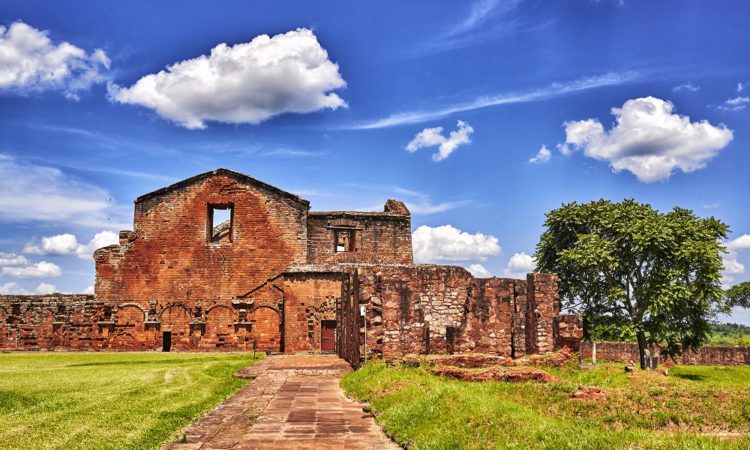 Once overlooked by travellers in South America, Paraguay has much to offer those wishing to get off the beaten track. From the hot, dusty plains of the Chaco in the north to the steamy, subtropical jungles of the south and east, Paraguay offers wilderness. Though dwarfed its giant neighbours it is the size of California. Much of the country is savannah and scrub; however it has recently been named as one of the fastest growing tourism spots. The biggest draw is the huge Itaipú dam which you can combine with the Iguazú falls just over the border in Brazil.

The capital Asunción has over half a million living in the city proper, but boasts 2.5 million in the urban spread. The city has a large quantity of green spaces, making it one of the more tranquil South American capitals. Add to that some historic colonial architecture, shaded plazas and a relaxed ambience it is worth spending a day or two. The train station is a wonderful building from where steam railways operated until very recently.

Head to the south where the remains of Mission settlements built by the Jesuits lie among lush, tropical forest near the banks of the Río Paraná. These small townships were created in the 16th century in peaceful collaboration with the Guaraní people. They were abandoned in the 18th century by decree of King Charles III of Spain. Eight of the original missions remain as testament to the fine craftsmanship of the Guaraní Indians, mainly around the towns of Trinidad and Jesús. The Jesuit Museum at San Ignacio Guazú is well worth a visit. Unlike elsewhere in South America, the indigenous assimilated with the Spanish almost from the outset.

Eco-tourism is a recent concept here, but now there are still several hotspots to enthral wildlife enthusiasts. The infrastructure is gradually arriving. Parque Nacional Cerro Corá, located on the border with Brazil, was established in 1990, now protects a stretch of tropical forest populated with monkeys, armadillos, tortoises and the odd jaguar. Further north the Paraguay River flows into a massive wetland. This continuation of the Pantanal is a natural haven. As yet there are few places to stay, but there are boat trips take you to explore this unspoilt wilderness.

Meanwhile, to the south, you’ll find far more humid climes in the Parque Nacional San Rafael, home to over 430 species of birds. Also in the south is Encarnación, a jewel in Paraguay’s crown. This city, nicknamed the ‘Pearl of the South’ lies on the banks of the Rio Paraná. Take a stroll along its splendid riverfront promenade and beach to while away the time like a character from a Graham Greene novel. Visitors in late February or early March will be lucky enough to witness and partake in the raucous Carnival celebrations.

To the northwest the country becomes less hospitable – the Chaco. This huge region west of the Paraguay River can be divided into two. On the far west you have the eerily desolate forests of the dry Chaco, with their spiny, leafless trees, and in the centre is the humid Chaco, packed with flooded savannahs and wilting palms. Less than 3% of the population live in this territory which covers almost two-thirds of the country’s geographical space. Only the hardy Mennonites and the odd rancher have managed to tame the landscape. Cutting the Trans-Chaco highway to Bolivia caused large scale deforestation. But much has now been declared a Biosphere Reserve. This is surely one of South America’s great road trips.

Food
Traditional meals are made with beef, maize corn and manioc. Paraguayan chorizos (sausages) are good as is albondiga, a soup of meat balls. Like Argentina, asado barbeques are common in Paraguay; when whole animals are spiked and cooked over hot coals.

Drink
Mate, the herb tea is de-rigueur, drunk from a gourd or a horn. Mosto is a sugar cane juice which is delicious and not as sweet as it sounds. Try the alcoholic Caña, which is distilled from mosto but includes honey.

Festivals
Religious based festivals take over whole towns throughout the year: The Immaculate Conception in Caacupé; Easter in Emboscada, Tañarandy, Piribebuy and San Juan; San Pedro and San Pablo in Altos.

The pre-lent Carnival is popular with dancing, music and street parades. Oktoberfest is also popular in Paraguay, a testament maybe to the German immigration in the 20th century.

When to go
Visit in their winter (May to September) as the rest of the year can get very hot, over 35°C. It is also wetter during the hot season (December to March). The Chaco can experience temperatures over 40°C. Probably best weather overall is August to October, but for wildlife go a bit earlier, (June to July).