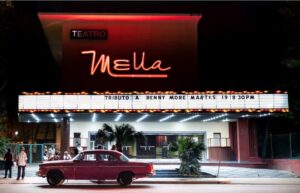 The Latin American Travel Association (LATA) revealed the winners of the LATA Media Awards in a virtual ceremony which took place on May 11, 2021. The winners and runners up were announced to the esteemed LATA and media members in attendance following a rigorous judging process that took place in 2020.

The LATA Media Awards celebrate the best in Latin American travel journalism and photography. The 2020 edition of the awards received over 175 submissions across nine categories, the winners of which were announced in full at the virtual ceremony and which can be found below:

Winner: Kevin Rushby for ‘We want to keep our forest’: why Guyana’s wilderness needs visitors’ in The Guardian

Joint Runners-up: Chris Leadbeater for ‘The other side of Rio de Janeiro’ in The Sunday Telegraph and Nick Middleton for ‘Butterflies in the stomach’ in the Financial Times

Runner-up: Phoebe Smith for ‘Reading the Runes’ in Suitcase Magazine

Runner-up: Kevin Rushby for ‘We want to keep our forest’: why Guyana’s wilderness needs visitors’ in The Guardian (Online)

Winner: Jeannine Williamson for ‘The Call of the Wild’ in ETC Magazine

Trade Publication Feature of the Year Award (print or online)

Winner: Katie McGonagle for ‘Go with the flow’ in Travel Weekly

Blog, Vlog or Podcast of the Year Award

Winner: James Stewart for ‘Close encounters in the Galapagos’ in Horizon Guides

Runner-up: Shafik Meghji for ‘From war to wildlife: Why you should visit the Falkland Islands’ in Adventure.com

Winner: Chris Moss for ‘The Other Caribbean’ in The Telegraph (Online)

Winner: Vanessa Humphrey for ‘An Education in the Amazon’ in Steppes Travel blog

Runner-up: Phoebe Smith for ‘Ghost of the Steppes’ in Wanderlust

Attendees at the virtual LATA Media Awards ceremony were entertained with a Colombian-themed fiesta. The evening was rounded off in true Colombian style with a video tutorial on how to master the Champeta, a traditional Colombian dance.

“My sincerest congratulations to the winners of the LATA Media Awards. The standard of the entries was exceptionally high as always which is testament to the quality of travel journalism and photography on display from our winners that I am sure has inspired travellers from across the UK to travel to Latin America when restrictions permit. Travel media is of vital importance to the Latin American travel industry and so I want to take this opportunity to thank all media members for their continued support in telling their stories about the wonders of travel to Latin America, especially during such a challenging time.

LATA continues to lobby the government to ensure that travel can restart in Latin America as soon as it is safe, as well as continuing to support the Latin America travel trade. Given the current challenges, we really value this opportunity to showcase Latin America in such a positive way.”

Calling all UK #travelagents that want to learn more about #LatinAmerica! We’re excited to be hosting our first eve… https://t.co/4a5R29RClC

FINAL LATA ROADSHOW EXHIBITOR SIGN UP REMINDER LATA is hosting a series of roadshows around the UK taking place in… https://t.co/0AW4thHky7