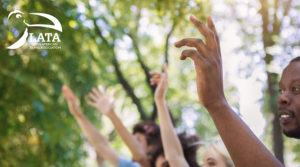 On the 12th September 2019 we will be holding the LATA Annual General Meeting, at which we will fill four LATA Committee positions, that are either already vacant or are currently taken by Committee members coming to the end of their 2 year tenure, for which they may stand for election again.

Who can stand for the committee?

Member organisations may nominate one candidate to the committee providing that:

What will be required of me as a committee member?

The committee are ultimately responsible for the legal and financial activities of the association.

Regular meetings are held in London every three months (typically on the third Tuesday of January, April, July and October), which you will be expected to attend. We recognise that our members are spread around the UK and Latin America, so you can attend the meetings virtually, by Skype or a similar system.

If you would like to know more about the committee, please contact any member of the committee, or Danny Callaghan, LATA General Manager (danny@lata.travel), for more information.

RT @TTGMedia: How many of these Latin American bucket-list destinations from @latauk have you been to? And how many have you sold to your c…

RT @TTGMedia: Did you know Brazil is home to the "world's best beach" according to Trip Advisor? Baia do Sancho is in the Fernando de Noron…